Hebrew 12:22
“But you are come to mount Zion, and to the city of the living God, the heavenly Jerusalem, and to an innumerable company of angels,”

Bes, have you imagine yourself posting on social media saying “touch down!”? Or see your friends doing the pig walk (instead of cat walk) on sea shore? How about watching the sunset on bay walk with your loveone? Of course, I believe you do.

Puerto Princesa must be on your travel list, not just because it is the home of the famous underground river, but because it effortlessly showcases the majestic beauty of nature combined in a state of a highly urbanized city. This is one of the advantages of Puerto Princesa compared to other cities of the world. Many of us is searching for a quiet place with presence of nature to refresh us, far away from the everyday stress we are getting from modernized busy cities. We can have it here in Puerto Princesa, still a city that won’t give you those stress. So, come and join me to discover Puerto Princesa, Palawan.

“Book now!! Book now!!”, so crazy I am shouting to Raz to book for the seat-sale of an airline bound for Puerto Princesa. It is just like I won on a Bingo game! I don’t mind if the date of our flight will be weekdays (working days) or not. Well, if you are a regular worker like us, I recommend you to use your leave for vacations like this, and also your good acting skills for your boss to finally approve your time-off! Haha. Going back to what I am saying, we finally got ourselves booked for a Puerto Princesa trip from March 18 (Saturday) to March 20 (Monday). Then I added another leave day for Tuesday as the rest time and time for uploading stuffs. Haha.

This will gonna be the farthest trip we are having, after our Going North: Vigan, Ilocos Sur Trip. I guess it makes sense to go South this time. You might be interested to read: Going North: A DIY Trip to Historic Town of Vigan and Baguio City in 3 Days

Puerto Princesa: City in the Forest

On plane, don’t just seat, It’s not only your body that needs to relax, your eyes too, look down on the window and see how green is the island of Palawan, how blue the water is. Can you imagine a city laying on those huge trees? Well, I  can only say “Wow! It’s amazing!”.  I have no doubt why this place is named as one of the Best Island in the world recently. Oops! I stand corrected, even in the past years. 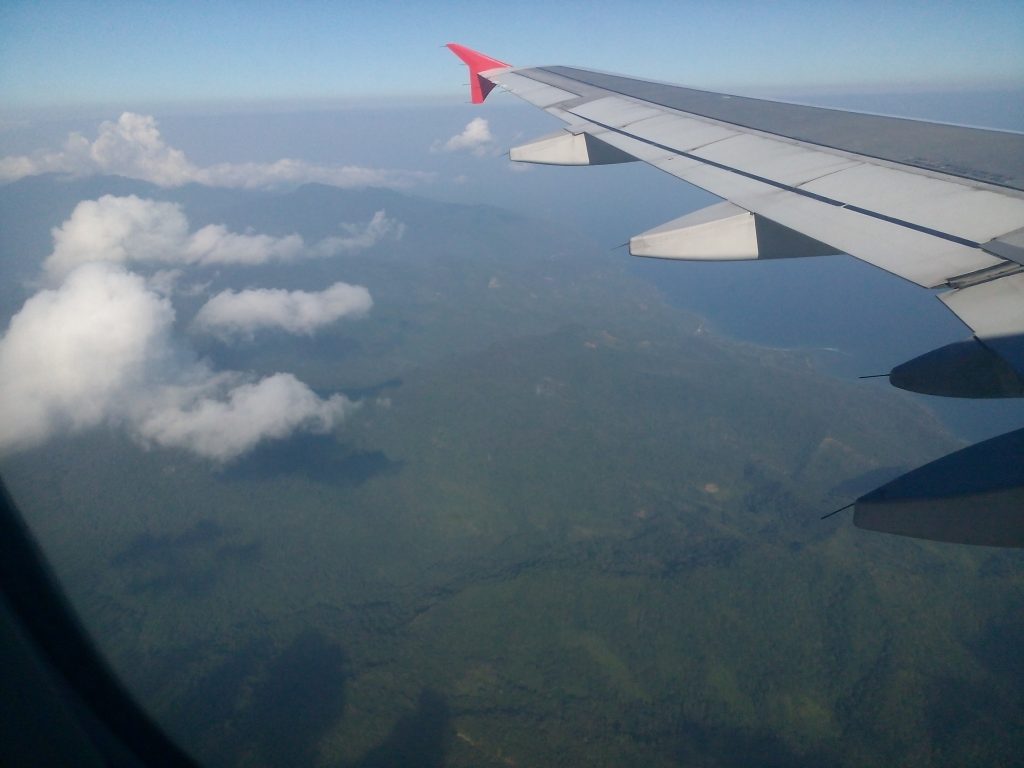 Puerto Princesa, the capital city of Palawan is historically named to the late Queen Isabel (Princess Eulalia) of Spain, which was then changed to “Puerto de la Princesa” upon death of the princess. Years pass, it was shorten to Puerto Princesa as it is today.

May I ask you something? Wondering now why almost all cities in our country were originally named to the late kings and queens of Spain? Well, that’s history. I’m hanging on that subject during my school years. Hahaha.

Enough of history thingy. Now, let me walk you throughout Puerto Princesa using the articles below. It has been cut into several parts because I believe that each place in Puerto Princesa should have a spotlight of its own. 🙂

45 minutes after sight seeing on a plane window, this is it – “Touch Down!”.  Did you know what’s the real amazing part on Puerto Princesa International Airport? It’s only kilometers away from the sea shore. I guess its a really nice view for the pilots upon take off. Hahaha.

Below is the complete itinerary Raz and I followed during our trip in Puerto Princesa. We need to divide the so called “City Tour” to three days to maximize our time. Well, it depends on you what is your strategy.

Some might say that Puerto Princesa is not as good if you just spend the same time going to El Nido or Coron. In my own view, you need to go around Puerto Princesa first and appreciate the place. While it does not have those small and big lagoon in El Nido, it has the Underground River and Honda Bay, along many other places that you can visit.

Tags: do it yourself, guide